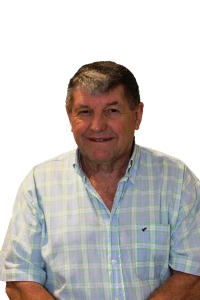 One reviewer of Gas Pedal to Back-Pedal has commented that the book “pretty much tells us what we already know; inept people often reach positions of power.”

That observation is certainly illustrated by the events described in both Gas Pedal to Back-Pedal and its predecessor, Waka Paddle to Gas Pedal. However, to advance the observation further, the content of both volumes also illustrates how often history has repeated itself since 1840.

For instance, the many instances of hesitancy and obfuscation recorded as part of Auckland’s transport history could very well be compared to that of today as planners again meet to study the provision of a light rail connection to the airport. Such a connection was first proposed as part of a wider, light rail transit network in the 1990s.

A second harbour crossing remains another necessary and urgent improvement to Auckland’s transport infrastructure. It took some 60 years of wrangling before the funds and agreement were available to construct the present harbour bridge. Even then, there was a distinct lack of planning and vision and the need for greater crossing capacity was recognised as soon as the Bridge opened in 1959. Fast-forward to 2021, after another 60 years of talking, and time would seem to be running out.

In the face of Auckland’s rapid population growth and despite the economic effects of the current pandemic, even the completion of the City Rail Link and the improvements to the suburban rail and bus systems are unlikely to be enough to reduce the city’s road congestion in the short term.

Yet again, decisions are not being made and only talked about. The consequences can be found in the chronicles of Waka Paddle to Gas Pedal and Gas Pedal to Back-Pedal – chronicles of so much history repeating itself – well into the future.